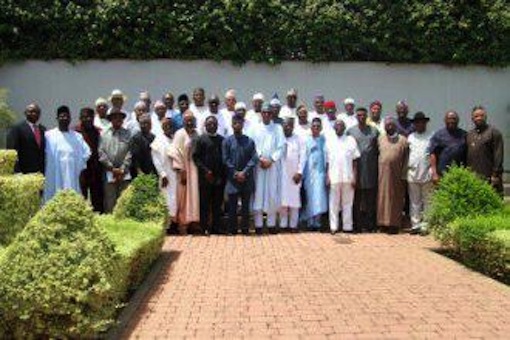 The Minister of Finance, Mrs Kemi Adeosun, on Friday said N473.8 billion was shared among the federal, states and local governments as revenue for October, 2015.

Adeosun announced this when she addressed newsmen on the outcome of the Federation Accounts Allocation Committee (FAAC) meeting in Abuja.

“Also, there is the exchange gain of N6.9 billion which is proposed for distribution.

“Therefore, the total revenue distributable for October, including VAT of N60.1 billion, is N473.8 billion”, she said.

Adeosun said N6.3 billion was refunded to the federation by Nigerian National Petroleum Corporation (NNPC), and was also proposed for sharing.

The News Agency of Nigeria (NAN) recalls that N389.9 billion was shared to the three tiers of government as revenue for the preceding month. This shows an increase of N83.8 billion between the two months.

The local governments, she said, received N75 billion, amounting to 20.60 per cent of the amount distributed.

On VAT, she said N60.1 billion collected for the month showed an increase of N3.7 billion from what was collected in the preceding month.

She noted that this showed a decrease of N25.8 billion and increase of N104.2 billion from what the country generated as mineral and non-mineral revenues in the preceding month.

She puts the balance in the Excess Crude Account as at Friday, at 2.25billion dollars, which showed that nothing had been removed or added to it since July.

She expressed satisfaction with the leap in non-mineral revenue for the month, which she attributed to sound financial policies.

Adeosun decried the low revenue generation for the month, saying:

“Intermittent shut down and shut-in of production for repairs and maintenance at different terminals during the month continued to impact crude oil and gas revenues negatively.