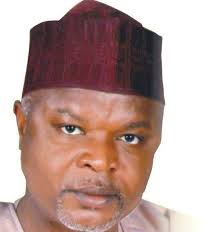 Dr Tom Ohikere, head of media, Abubakar Audu/James Faleke Campaign Organisation, has warned the leadership of the APC not to take any action capable of plunging Kogi State into crisis.

Ohikere, who gave the warning in Lokoja on Saturday, advised the national Chairman of the APC, Chief John Odigie-Oyegun not to allow his selfish interest to ruin the party.

He also warned the APC leadership not to misrepresent the party as an Islamic organisation, saying the APC was founded for all Nigerians irrespective of tribe and religion.

He described the decision to replace the late Alhaji Abubakar Audu with Alhaji Yahaya Bello, who came second in the primary as “illegal and moral burden” on Oyegun and other members of the national working committee.

Ohikere also described the comments made by Mr Abubakar Malami, the Minister of Justice and Attorney-General of the Federation on how to find replacement for late Audu as “pure script reading.”

“I do not agree with the AGF on his position regarding the nomination of another candidate by the APC.

“I however agree that supplementary election can be conducted by INEC.

“Surprisingly, all these arguments seem to have overlooked the provisions of section 187 (1) of the constitution of the Federal Republic of Nigeria, 1999 as amended,” he said.

He said that Faleke was an associate candidate in the governorship election and should be allowed constitutionally to become the party’s candidate.

“Faleke was not just a candidate of the APC in that election, but has acquired vested rights in the results declared to simply nominate a running mate who will conclude the process along with him,” he said.

He advised the Minister of Justice and the national leadership of the party to suspend their on-going move to undermine the provision of the law on selfish grounds for the sake peace and unity of the state.