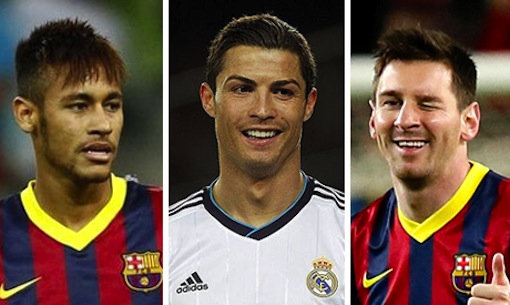 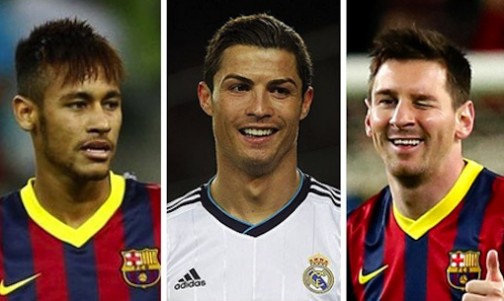 Real Madrid star, Portuguese Cristiano Ronaldo, Lionel Messi of Argentina and Brazilian Neymar both of FC Barcelona are the three short-list for this year’s FIFA Ballon d’Or Award for the best player of 2015.

Also announced Monday by FIFA are the contenders for Women’s World Player of the Year 2015 Award. The nominees, Carli Lloyd (USA/Houston Dash), Aya Miyama (Japan/Okayama Yunogo Belle), and Célia Šašić (Germany/1. FFC Frankfurt) are in the running for the women’s award.

FIFA says all of the nominees were confirmed after a voting process, which was open to the captains and head coaches of the men’s and women’s national teams of the 207 member associations as well as international media representatives selected by FIFA and France Football.

The voting procedure for each of the awards was supervised and monitored by the independent observer PricewaterhouseCoopers (PwC) Switzerland.

All of the awards will be presented at the FIFA Ballon d’Or award ceremony at theKongresshaus in Zurich on 11 January 2016.