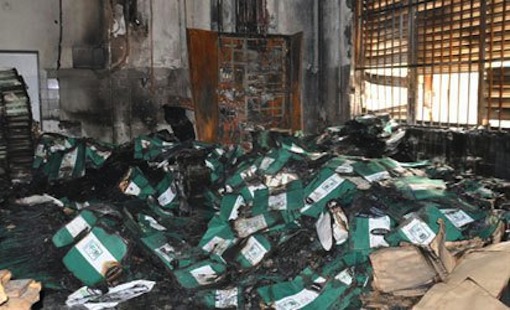 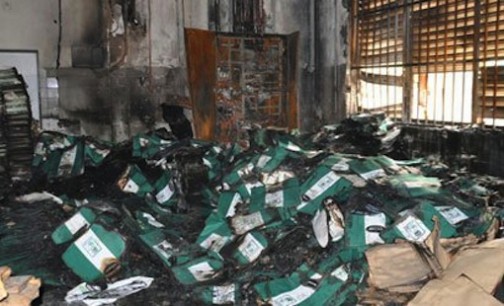 One of the offices of the Independent National Electoral Commission (INEC) in Kogi State, where a supplementary poll is slated for tomorrow, has been set ablaze by unidentified persons.

According to the NAN, the office in Dekina local government was burnt with materials to be used for Saturday’s supplementary governorship election in the area.

Dekina Local Government Area is among the places where the supplementary election in 91 polling units is scheduled to hold.

The Resident Electoral Commissioner in Kogi, Malam Halilu Pai, confirmed the incident but added that the incident, suspected to have occurred at 2a.m., would not affect the election.

He said that the burnt election materials would be replaced and that INEC had relocated to a temporary office in the area.

“We will not succumb to the undemocratic antics of some few, replacement of the election materials are already on the way; the election will go on as scheduled,” Pai said.