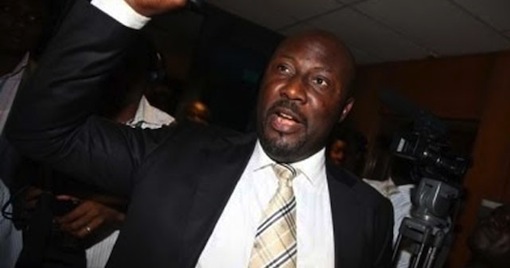 Melaye’s unprofessional reaction follows an exposé by SaharaReporters that the former House of Representatives member opened a ban account with the Bank of America in the United States.

“I dare Sahara to register with corporate Affairs commission. Sowore’s jail term will be longer than that of a monkey in the zoo,” Melaye wrote on Twitter.

I dare Sahara to register with corporate Affairs commission. Sowore's jail term will be longer than that of a monkey in the zoo.

Melaye’s operation of the foreign account while he is an elected public officer of the Federal Republic of Nigeria is a violation of the Nigerian law. The breach could cost him his seat at the Nigerian Senate if he is successfully prosecuted by the Code of Conduct Tribunal which is currently trying Senate President Bukola Saraki, a close associate of Mr. Melaye’s.

According to SaharaReporters, Melaye, who once styled himself an anti-corruption activist, opened two accounts–one a current account, the other a savings account–in the name of “Daniel Din Melaye,” posing as a student.

Senator Melaye obtained a bank debit card with account number ending with #8873. It is the senator’s transactions with the debit card that gave away him away as the owner of the accounts.

One of Melaye’s last transactions on the account took place on December 4th as he approved payment for a transaction relating to the purchase of cosmetics from a Kremlin-based MagnitKosmetik store. Also, on September 1, Melaye approved payment to a New York-based Schweiger Dermatology.

FLASH: SMS sent to @dino_melaye from Bank of America notifying him of transactions per debit card on Sept 1 2015 pic.twitter.com/dXNLdwc2kR

FLASH: @dino_melaye claimed he was a student to open an account with Bank of America in the US #NoToSocialMediaBill pic.twitter.com/r93hZjyIuZ