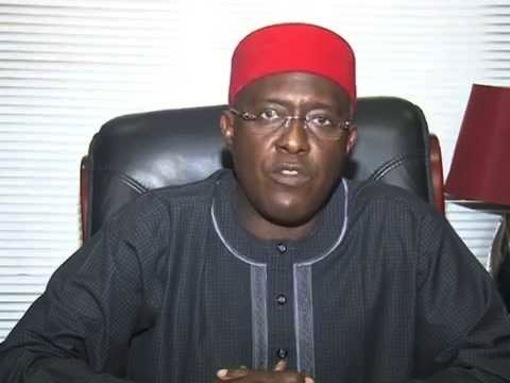 The Peoples Democratic Party (PDP) has told President Muhammadu Buhari that his policies and apparent lack of viable economic initiatives are currently inflicting hardship on Nigerians.

PDP’s National Publicity Secretary, Chief Olisa Metuh, in a statement on Tuesday said it is disheartening that the Buhari administration had remained insensitive and unresponsive to the groaning of Nigerians occasioned by the apparent lack of competent hands in the management of the economy.

“Rather than evolving economic initiatives to improve the lot of the citizens, this administration has in the last seven months churned out policies that stifle productivity in the formal and informal sectors, thereby inflicting hardship on them. This has resulted in the semi-destruction of the long-standing extended family system in our society.

“It is a statement of fact that under President Buhari’s watch, the nation has witnessed the gloomiest festive season. Under this government, Nigerians have had the worst Sallah celebration and by all indications, this Christmas season is going to be the bleakest ever.

“More worrisome is the fact that there is no indication that the government has any plan for ameliorating the hardship of the people. Instead, the situation may get worse as this administration, in its lack of economic initiatives, is now rolling up its sleeves to introduce some stringent tax policies, in addition to completely removing the social palliatives Nigerians benefit from,” it said.

On the issue of the persisting fuel queues across the country, the PDP demanded that the government come clean, asking: “Is it market driven or a product of government conspiracy? Our take is that if indeed it is true that the government has a hand in this fuel crisis, then they should have a rethink and show pity on innocent Nigerians.

“We, therefore, align with the people in declaring that this administration is unprepared for governance. President Buhari and his party came to power on propaganda, deceit and falsehood and the government has now shown lack of initiatives and the required competence to successfully move the nation forward,” it stated.

The party said it was saddening that a government that came to power on a mantra of change now sought to chain the ways and means of the very people that they deceived into voting for them.

“We advice the government to note that any attempt to increase taxes and duties will overstretch the lean income of ordinary Nigerians and gradually inflict intolerable poverty in the land,” it added.