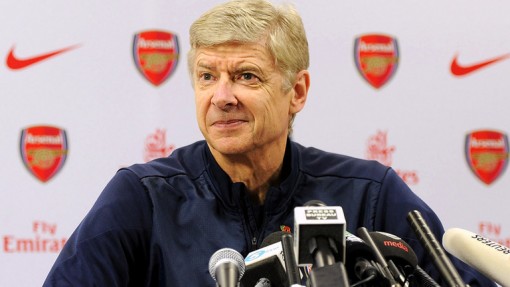 Arsene Wenger hopes his Arsenal side can capitalise on the “fear factor” against Olympiakos to make it through to the Champions League last 16.

The Gunners are in Greece on Wednesday, needing to win 2-0, or by any margin if they score three or more goals in order to reach the next round.

“We are facing a side that at the moment is qualified,” said Wenger.

“But let’s not forget they can as well lose what they have so that can create a fear factor as well.”

‘Adapt to every situation’

A win in Greece would leave Arsenal level on nine points with Olympiakos, who won the reverse fixture 3-2 in September.

The tie-breaker for separating teams tied on points is firstly the higher number of points gained in matches between two teams, which would again see the Gunners and Olympiakos level.

If all are level, then goal difference in all group matches is used.

Arsenal’s overall goal difference is superior, but that defeat at Emirates Stadium has left them needing a 2-0 win, or one where they score at least three goals.

“The best way for us to achieve it is to believe in our quality,” added Wenger.

“We will have to adapt to what is happening on the pitch and to all of the scenarios, accept them and respond.”

‘If you want to jump over a hurdle…’

Arsenal have made it past the group stage in the last 15 seasons, although they have been knocked out in the last 16 in each of the past five seasons.

However, Wenger believes his side can be a threat in the competition if they progress.

“We just want to give absolutely everything to qualify. If you want to jump over a hurdle you don’t think what happens if you miss,” said the Frenchman.

“We have been a bit unlucky but if we get through we will be dangerous, that is for sure.”