Impeached Kogi speaker says "I am still in charge" 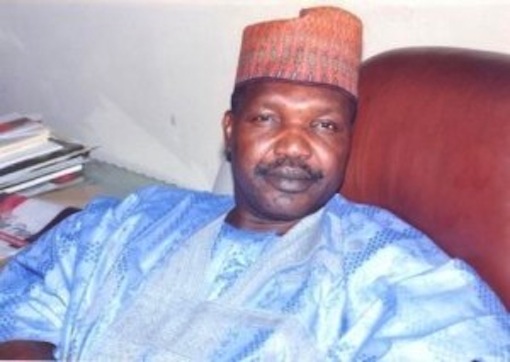 Impeached speaker of the Kogi State House of Assembly, Momoh Jimoh-Lawal insisted on Thursday that he remains in charge of the assembly.

He said the 17 out of the 25 members who removed him did not follow due process.

He said the signatures of lawmakers that reportedly supported his impeachment were forged, saying the police will be invited to investigate the matter.

“I remain the Speaker,” he said.

Jimoh -Lawal, was impeached on Thursday impeached by members, cutting across the party divide.

Briefing newsmen in Lokoja on the development, a member of the house, Mr John Abah (PDP-Ibaji), said that 17 members out of 25 elected to the house, signed the paper supporting the removal of Lawal (PDP-Okene II).

Abah stated that the former speaker, his deputy and the minority leader were removed for incompetence, greed, betrayal of trust, inadequate representation and lack of care for welfare of members.

Motion for the impeachment of the former speaker and the other two principal officers was moved by Mr Ukubile Ochijenu-Acharu (PDP-Idah). It was seconded by Zakari Mohammed (APC-Kogi Koton-Karfe)

Taking over, the new speaker, Osiyi, said that the 25 members of the house were potential speakers as nobody was elected as speaker, recalling that Lawal became speaker after Abdullahi Bello was impeached.

“This gentleman that was removed did not come in as speaker. If I, Godwin Osiyi, misbehave tomorrow, I should be impeached.

Osiyi apologised for the attack on NTA news crew earlier at the assembly complex by hoodlums.

According to NAN, the impeachment move by members had earlier resulted in a fracas which led to the hijack of the mace by hoodlums who invaded the chamber.