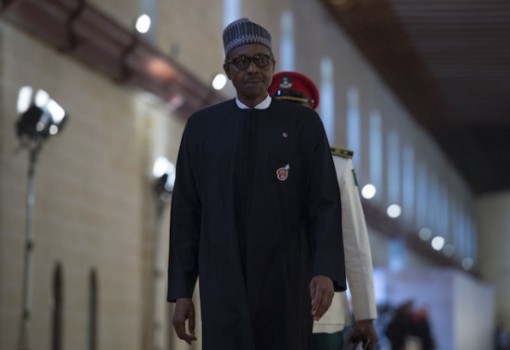 Malam Garba Shehu, Senior Special Assistant to President Muhammadu Buhari on Media and Publicity, has said that the ongoing anti-corruption campaign is bound to offend many as big toes will be stepped on.

Shehu, who made the statement on Friday in Kaduna at the ongoing 3-day Retreat for State House Correspondents, said that personal interests would also be cast aside to achieve positive results in the campaign.

He, however, maintained that the role of the media was critical to winning the war against corruption in the country.

He said: “President Buhari has embarked on an anti-corruption campaign that is bound to offend many. Big toes will be stepped on; personal interests will be cast aside.

“As the popular saying goes, when you fight corruption, corruption fights back. Yes, anti-corruption is a war. And the press can help President Muhammadu Buhari to win that war.

“You are one of the government’s most lethal weapons in this battle against the forces that aim to pull down Nigeria.

“The power of the media, if they have any power at all lies in their ability to expose wrong-doing.

“This power of exposure is a far more effective deterrent in many countries, including our own, than the court systems that deliver judgment and not necessarily justice.

“If they know that that they will be exposed, many crimes will not happen and herein lies the challenge of the media under Buhari’s administration.

“Use your power to expose wrong-doing, the days of impunity are gone. This is the best way to help the CHANGE, now that we have a government with the will and capacity to right all wrongs.”

While thanking the media for the role it played in igniting the CHANGE agenda that brought the President into power in the March 2015 presidential election, Shehu noted that the CHANGE agenda was just beginning.

According to him, the Buhari’s administration requires the assistance of the media to continue that process of CHANGE.

He said already Buhari had embarked on the building of a new Nigeria, “and we need all hands on deck. We cannot do it without the media.

“The government needs you, the press, to keep the public informed on its many activities and policies that are geared towards improving the lives of the Nigerian people according to the CHANGE agenda.”

The SSA stressed the need for the media to remain impartial and eschew spurious incentives when reporting and carrying out its responsibilities.

He said that the government needed the Press to avoid partnerships with enemies of progress, who were bent on bringing down the government.

In his remarks, Governor Nasir el-Rufai, challenged the media on the need to ensure the success of the anti-corruption war of President Buhari’s administration.

He said that it was up to the media to make the CHANGE agenda succeed or fail.

The Chairman of the State House Press Corps, Mr Kehinde Amodu, said that the retreat with the theme: ‘Journalism and the Change Mantra, State House in Focus’was to build the capacity of the journalists as they cover the Presidency.