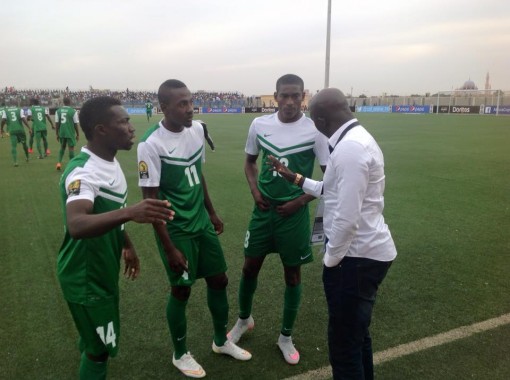 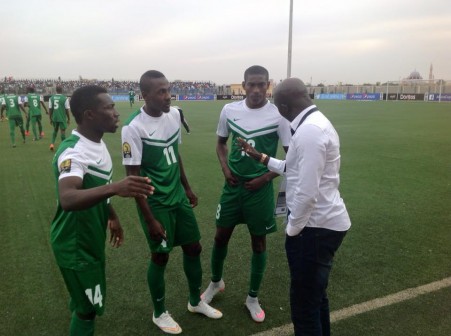 Siasia (right) dishes out instructions to three of his boys during the match against Mali[/caption]
With three goals in four games, Nigeria’s forward Oghenekaro Etebo is leading the scorer’s chart at the ongoing U-23 Africa Cup of Nations in Senegal.

Nigeria play North African nation, Algeria in the final by 8p.m Saturday, while the hosts, Senegal tackle South Africa in the third place match before the final.

Nigeria and Algeria have already secured two of the three African tickets for the Olympics next year, while Senegal and South Africa battle for the remaining one ticket.

The fourth place team will have to settle for the Olympic playoffs.