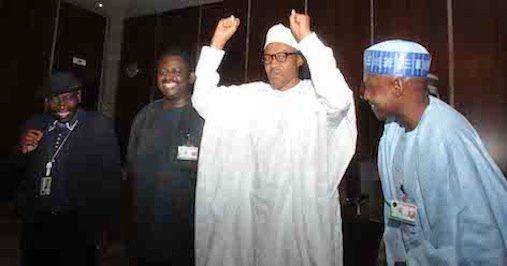 President Muhammadu Buhari has extolled the winning spirit of Nigeria’s Under-23 team for gallantly defeating Algeria in the finals of the Under-23 Africa Nations championship on December 12 in Senegal.

In a press statement issued by the Senior Special Assistant on Media and Publicity, Malam Garba Shehu, President Buhari noted that this was the first time that Nigeria attained this soccer glory in this particular category.

According to the President, the players have worked incredibly and admirably so hard to bring national glory to Nigeria.

He further noted that their tenacity and the passion to excel were factors that propelled them to victory.

President Buhari said he was proud of these “talented and determined young Nigerians” for winning laurels for the country, and breaking the record of giving Nigeria that opportunity for the first time.

He said his administration would give them every support and active encouragement to excel in future.

He, however, advised members of the team and current Under-23 African Champions to sustain the standard they had attained.

The President reassured that his government would always reward hard work and excellence.