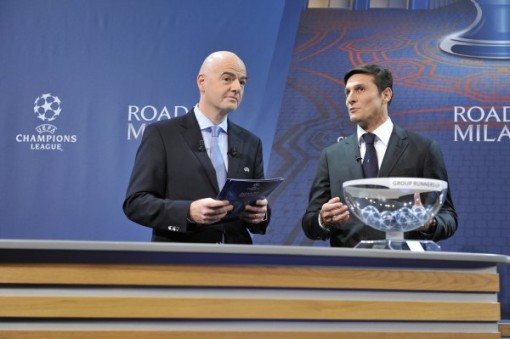 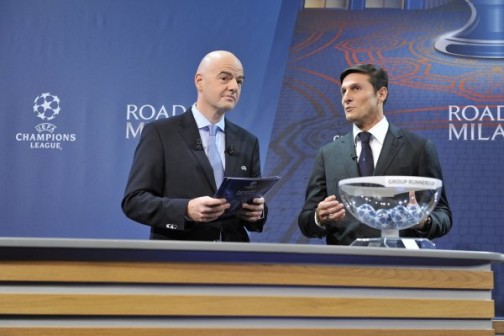 Arsenal will face holders Barcelona in the Champions League last 16 while Chelsea have been drawn against Paris St-Germain for the third consecutive season, while Manchester City face Dynamo Kiev.

Roma versus Real Madrid and Juventus, last year’s beaten finalists, against Bayern Munich are two of the standout matches in the draw.

The winners of each group, including Chelsea and Manchester City, are at home in the second legs, while Arsenal will host their first leg.

Barcelona v Arsenal is a repeat of the 2006 final, which the Spanish champions won 2-1 thanks to two late goals in Paris.

PSG, who are 17 points clear at the top of the French league, beat Chelsea on away goals at this stage last season, while the Blues beat them on the same rule in the quarter-finals the previous year.

Dynamo Kiev beat Manchester City in the 2010-11 Europa League last 16, with Mario Balotelli sent off for the English side.

The Kiev leg will be played in an empty stadium, as Dynamo Kiev were punished following racist attacks on fans during a group game against Chelsea.

The draw for the quarter-finals will be held on 18 March with the semi-final line-up drawn on 15 April.