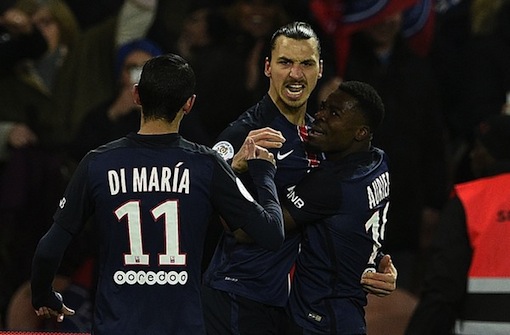 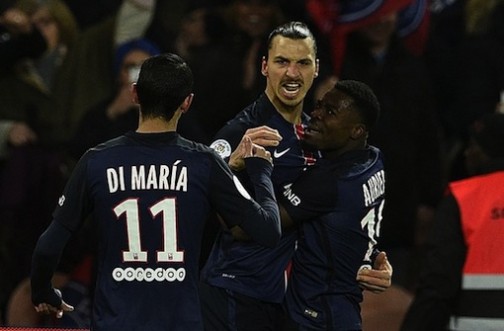 Paris St-Germain went 17 points clear at the top of Ligue 1 with a comprehensive victory over Lyon.

Serge Aurier had doubled PSG’s lead before Jordan Ferri gave Lyon hope with an effort fumbled in by Kevin Trapp.

Edinson Cavani hooked in their third and, after Ibrahimovic’s penalty, Lucas added a fifth from a counter-attack.

Laurent Blanc’s side, who are chasing their fourth consecutive title, are unbeaten in their first 18 league games. No side has ever finished a Ligue 1 season without defeat.