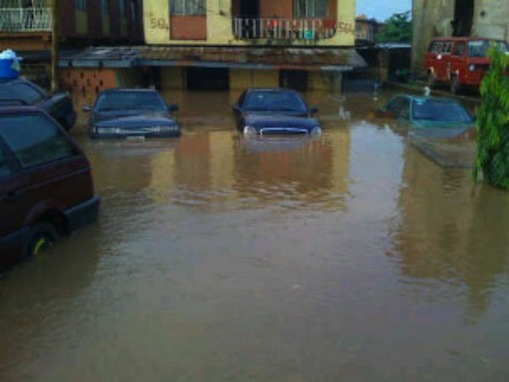 Lagos, the business capital of Nigeria is known for its traffic, flood and never-stopping lifestyle. In a bid to revive what makes Lagos both fun and stressful, Nigerians take to Twitter to share their thought.

Here are some tweets from the trend.

Walking on the road and someone I don't know taps me #MyLagosExperiences pic.twitter.com/mEtihdr00w

Yaba boy jumps out with a huge bra pointing at my babe screaming "Aunty I have your size!!" #mylagosexperiences 😂

Every home in Lekki always have a swimming pool when it rains. #MyLagosExperiences

#MyLagosExperiences Spent a harrowing 7 hours in traffic going from Ajah to Ikeja on Friday 11 December. My worst ever experience

#MyLagosExperiences when fashola banned okadas, lagosians had to learn how to jump down from okadas before it even stopped

#MyLagosExperiences when u are in traffic, you get to the front and u can't see anything blocking the road pic.twitter.com/SJR36pp7LO

Police stopped me and couldn't find anything to pin on me. Dude searched my wallet and saw condom then shouted "Ehen!" 😭 #MyLagosExperiences

Ikeja boys are the worst. They can give you pink lips, flatten your stomach etc etc #mylagosexperiences