The world has sprinkling of saints, multitude of evil-doers - Awolowo 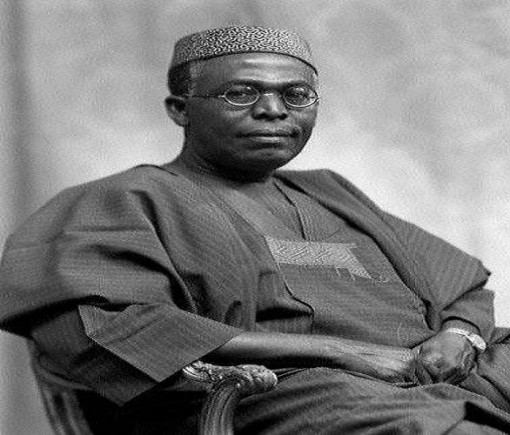 In continuation to the quotes and prediction of late Chief Obafemi Awolowo, today we look at his position on the world, his ideology of light and darkness as well as his advice to youths.

Awolowo who was born on 6 March 1909 in Ikenne, Ogun State was the first Premier of the Western Region under Nigeria’s parliamentary system of government, from 1952 to 1959.

Awo’s View of The World
“I must take the world as I find it: with its sprinkling of saints and its multitude of evil-doers, … ; with its source of happiness and its tons of sorrow. My duty, therefore, is to view anything that may happen to me in this world with Christ- like calm and equanimity and to do all in my power to promote the progress and advancement of mankind”.
– My March Through Prison, 1985

Awo On Light and Darkness
“In the presence of light, darkness cannot exist; nor can the night of misery and suffering... The” compelling urge to be a harbinger of light over Nigeria has been my one consuming passion for more than four decades now ... My yearnings for the descent of light upon Nigeria became so deep that they were soon transformed into an irrepressible call to duty.”
– Text of a Broadcast on the Nigerian Television, Ibadan, 1979

Awo On His Lifestyle As Example To The Youths
“Those who desire to reach, and keep their places at the top in any calling must be prepared to do so the hard way.”
– Awo (Autobiography). 1960

Awo On The Temporary Nature Of Human Problems
“In the long run, all human problems do settle themselves aright, whatever anyone or group of people may do. This is so, because all those who do wrong and injustice, are merely setting themselves against the powerful tide of Nature’s or, if you like, History’s dialectical progression. Temporarily, this tide can be held back; but certainly, not permanently. ”
– Address to 4th OAU Summit in Kinshasa, Sept, (/967): In Voice of Courage (1981)

Awo On Self-Discipline
“I will, more than ever before, subject myself to severe self- discipline. Only men who are masters of themselves become easily masters of others. Therefore, my thoughts, my tongue, and my actions shall be brought under strict control always.”
– My March Through Prison, 1985

Awo On The Law Of Sowing and Reaping
“Like cause always produce like effect. In kind, we always reap what we sow; but quantitatively, we always reap much more than we sow.”
– Lecture at the University of Lagos (1968): In Voice of Courage (1981)

Awo On Good and Evil
“The touchstone of what is good, be it thought, or word or action, is LOVE. We are to love our neighbours as ourselves. That is the law and the prophets. Anything therefore – any thought or word or action – which falls short of LOVE is evil, and holds within itself the germ of its own eventual and inevitable destruction.”
– Lecture at the University of Lagos (1968): In Voice of Courage (1981)

Awo On Man and His Environment
“Man is not born to grope in the face of adverse environmental circumstances and conditions: he is ordained, and endowed with the capacity, to comprehend the universe, conquer his immediate surroundings, and rule the world. But first, he must understand the world and all its phenomena: he must do so systematically and scientifically.”
– The People’s Republic, 1968

Awo On Man As The Sole Dynamic In Nature
“Man is the sole dynamic in nature; and accordingly, every individual constitutes the supreme economic potential which a country possesses. It is axiomatic that man can create nothing. But, by an intelligent and purposive application of the exertions of his body and mind, he can exploit natural resources to produce goods and service….. Therefore, other things being equal, the healthier his body and the more educated his mind, the greater will be his morale and the more efficient he becomes as a producer and consumer.”
– University of Ife Convocation Speech (/974): In Voice of Courage (1981)

Awo On Development of Human Personality
“A man whose personality is fully developed never fears anything; he cringes not, and never feels inferior to anyone; His breadth of mind enables him to exercise his freedom in such a manner as not to endanger the interests and freedom of others. He is a citizen of the world – free from narrow prejudices. He is what he is because the three main constituents of his entity – his body, brain, and mind – are fully developed. Mens Sana in Corpore Sano!”
– Voice of Reason (1981)