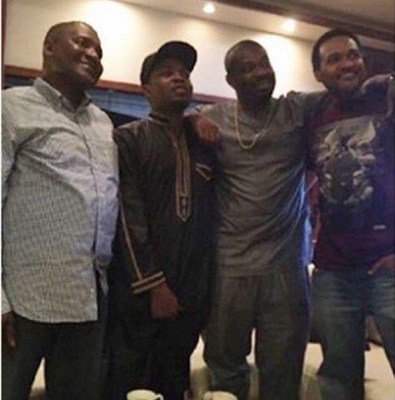 When Nigeria’s rap artiste Olamide and music maker, Don Jazzy announced a few days after their New Year quarrel at The Headies awards in Lagos, that they had settled their quarrel, not many people knew that the peace maker was Africa’s richest man, Aliko Dangote.

The photographs of the artistes at Aliko’s Lagos home have now emerged and are trending on Twitter.

At the reconciliation meeting, Olamide and Don Jazzy shook hands, hugged each other and sheathed their swords.