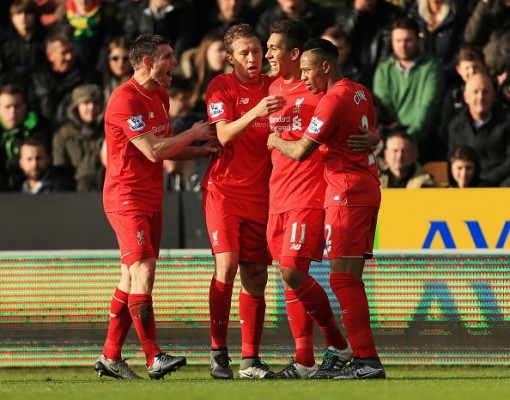 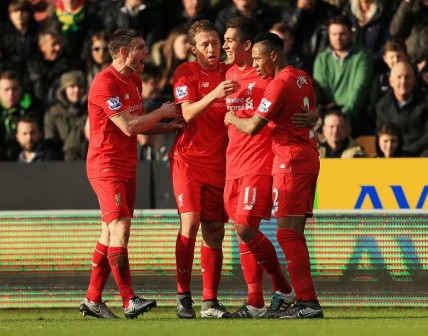 Adam Lallana’s injury-time strike saw Liverpool edge a nine-goal thriller at Norwich in one of the most dramatic Premier League games of the season.

Roberto Firmino scuffed the Reds ahead but Dieumerci’s Mbokani’s backheel levelled and Steven Naismith’s debut strike put the home side in front.

James Milner put the away side ahead and though Sebastian Bassong netted in added time, Lallana delivered a twist.