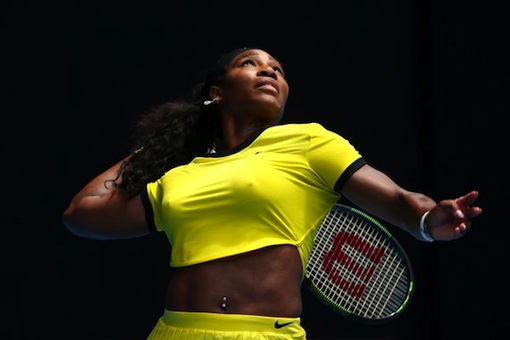 Serena Williams has been in fantastic form at the Aussie Open

The Australian Open final seems to have arrived pretty early with favourites Serena Williams and Maria Sharapova set to clash in the quarter finals.

Defending champion Serena Williams will face Maria Sharapova in a mouthwatering Australian Open 2016 quarterfinal, which will be a rematch of last year’s final at Melbourne Park.

World number one, Serena, beat Margarita Gasparyan 6-2 6-1 in 55 minutes to book her place in the quarters while Sharapova, the fifth seed earlier battled her way to a hard-fought straight-sets win over Swiss teen Belinda Bencic.

Sharapova will hope turn her fortunes around when she meets Serena this time because the American has an astounding 18-2 head-to-head record against her Russian rival, who hasn’t beaten her since 2004 – 17 matches in a row.