#AusOpen: Serena Williams simply too much for Sharapova 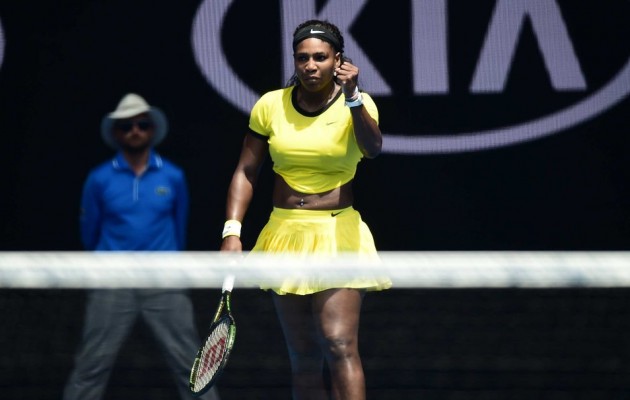 Serena Williams proved too much to handle for Maria Sharapova, as she crushed the Russian 6-4 6-1, in their quarter-final match at the Australian Open.

The victory was so emphatic that it is a misnomer to call the two ladies rivals. World number 5 Maria Sharapova fell short again as she could not match Serena Williams.

Serena was trailing 0-2 at the start of the first set. But when she changed the gear, she won the next three games. When Maria levelled up 4-4, Williams reeled off seven successive games to break Sharapova’s resistance.

The Russian held her serve to make it 5-1 and challenged Williams on her next service game but the American champ eventually held, improving her career record against Sharapova to 19-2, and 6-1 at Grand Slams.

After the win, Williams said the match was full of fight despite the lopsided scoreline.

“It was super intense. She is an incredibly intense, focused player,” Williams said of Sharapova post-match.

“When you’re playing someone like that you have to come out with your own fire and intensity.”

The No. 1 seed said she was feeling fresh and healthy heading into her semi-final against Agnieszka Radwanksa on Thursday.

Williams added that she didn’t feel any pressure on herself to win a seventh Australian Open title, but admitted a roadblock in Radwanska could shake things up, saying the No. 4 seed has one of the best defensive games on the tour.

“She is a great defender and I think it will be a great match. I’m going to do my best, I have nothing to lose,” Williams said on Tuesday.

The pair will face off in Melbourne on Thursday.