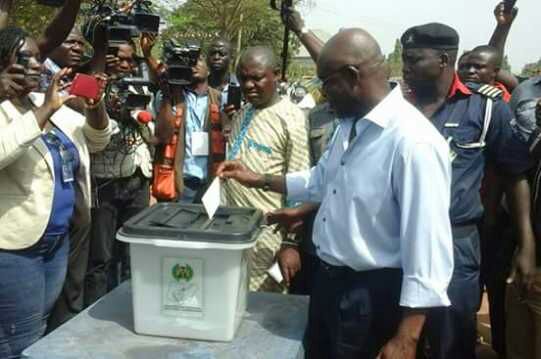 Senator David Mark has won his fifth term back to the Nigerian Senate.

In the collated result announced, Mark, representing the Peoples Democratic Party won 84,192 votes while his younger challenger, Daniel Onjeh of the All Progressives Congress (APC) got 71,621 Votes.

Since 1999, Mark has been the Senator representing the district in central Nigeria.