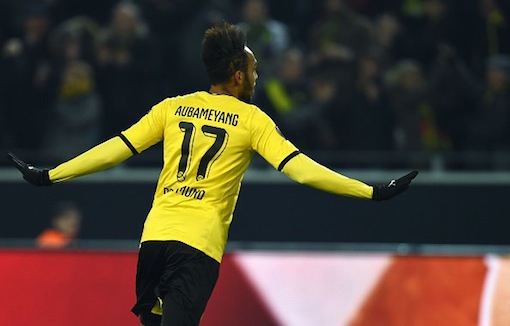 Tottenham Hotspur were unable to produce a shock second-leg comeback as Borussia Dortmund cruised into the Europa League quarter-finals.

Trailing 3-0 from the first leg, Spurs needed to score at least five times when Pierre-Emerick Aubameyang’s swerving shot flew into the far corner.

The Gabon striker fired in the German side’s second after a swift counter.

Son Heung-min reduced the arrears as toothless Spurs failed to make the last-eight for a third successive year.

Few would have backed Tottenham to turn around this last-16 tie at White Hart Lane against the in-form Bundesliga giants.

The damage was done seven days earlier in Germany when Spurs manager Mauricio Pochettino decided to play a weakened and inexperienced team against one of the favourites to win the Europa League.

But the reasoning behind the Argentine’s decision was clear – his main priority this season is leading the north London club to the English league title for the first time since 1961.

Second-placed Tottenham are five points behind Premier League leaders Leicester and, with another important top-flight game looming against Bournemouth on Sunday, Pochettino again decided to leave top scorer Harry Kane on the bench.

Without their talisman, the home side never looked like troubling a Dortmund side which had not been beaten in their 13 previous matches.

Spurs had 61 per cent possession, without dominating the territory inside the Dortmund third, and only managed one shot on target – Son’s second-half consolation goal.