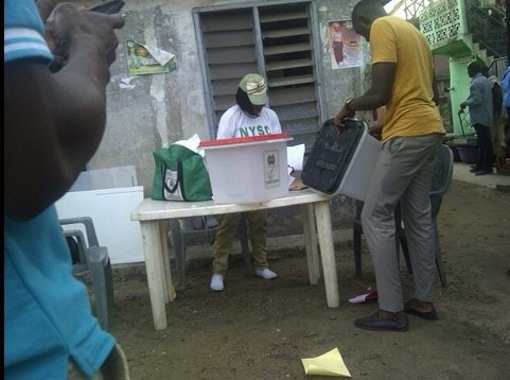 Many voters in Saturday’s re-run legislative poll in Rivers on Saturday commended the electoral process, describing it as hitch-free.

Mr Dagogo Briggs, a 35-year-old teacher and father of four, said the election was a radical departure from the previous one held in 2015.

Briggs made the observation shortly after casting his vote on Saturday at Unit 1 Ward 1 in Abonnema, Akuku-Toru Local Government of Rivers.

“The Card Reader Machine is working and it recognised my PVC when it was my turn.

“We did accreditation and voted almost immediately and everything went on smoothly.

“The situation is better than what happened in 2015,” he said.

NAN reports that voting commenced in some units in the area at 9:00 a.m. At Unit 6, Ward 12, Port Harcourt Local Government, Mr Chisom Nwuche, an APC agent, said he was satisfied with the electoral process.

“As you can see, voting has commenced here. It is accreditation and voting at the same time.

“It has made things much easier,” he said.

A PDP agent, Mr Ken Amadi, said he was impressed with the conduct of the election.

Mr Chukwu Rollins, a 59-year-old businessman, said the strategy deployed in the re-run poll was better than that of the 2015 general elections.

“I did accreditation and voting at the same time. We had no problem with the Card Reader Machine. It has made the electoral process here very smooth.

“I suggest that in future elections, INEC should adopt the same method to make its work easier,” he said.

“I am impressed with the security situation here. INEC has also done well because the process today is faster.

“There is no time wasting while you accredit and vote,” she said.

In Emohua Local Government, voting commenced at 1:00 p.m. in some units at Rumuji, Ibaa and Ogbakiri.

NAN reports that voters conducted themselves in an orderly manner while there was tight security.

DSP Ahmad Muhammad, the Public Relations Officer of the state Police Command, said the Force had not received any adverse report suggesting violence or electoral malpractice.