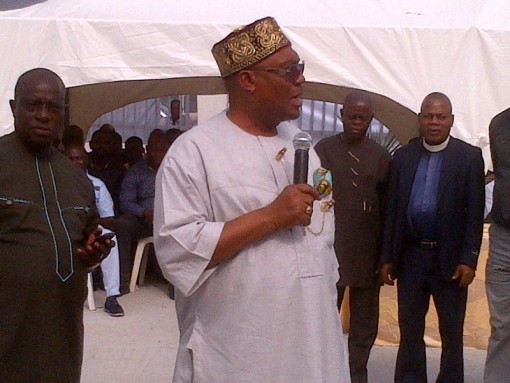 The All Progressives Congress, APC, in Rivers state has called for outright cancellation of the whole elections due to wide spread violence, poor turnout of trained ad hoc staff of INEC and also due to the death threats by Governor Nyesom Wike.

Davies Ikanya, Chairman of APC in Rivers state made the party’s position known at a press conference at the party Secretariat in Port Harcourt.

According to Ikanya who was flanked by APC executives, “The entire rerun election has fallen far, far below standard. This one is worse than the one that brought Nyesom Wike to power so INEC should cancel the entire result until a credible rerun is conducted”.

On the drama at the Mile One Police station, he alleged the Wike ordered the abduction of the INEC staff and kept her in the Police Station at the time that it was glaring the APC candidate was winning.

He alleged that at the Police station she was compelled against her will to alter and rewrite the result in favour of PDP. He said it was when APC leadership heard of the abduction of the female INEC staff that they went to find out what was amiss.

He said it was when the APC leadership led by Chibuike Amaechi got there that the lady was released but instead of taking her to the INEC office, she was taken the State Criminal Intelligence Department, SCID. “But when the result came from SCID they said Port Harcourt Federal Constituency 2 result changed in favour of the PDP candidate.

On the alleged assassination attempt on the lives of Dakuku Peterside, Asita O.Asita and himself, he said Governor Wike was economical with the truth.

“If they were pursuing us because of result sheets when we ran into the office of the DSS why did they not come down and report us to the DSS that we were carrying result sheets? Why did they shoot at us and engage the DSS operatives in a shoot out that lasted for about 30 minutes, if it was not an attempt to assassinate us?”

He said “the arrest of Cyril Wite, special adviser to Wike on Special Projects with people in Army uniforms confirmed our earlier allegations that military uniforms were being sown for people before the elections. Are we still asking who armed thugs who had been killing across the state?”.