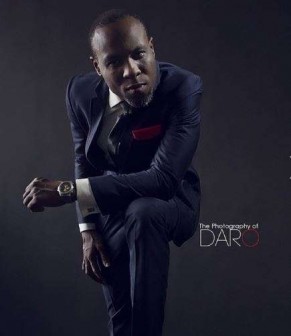 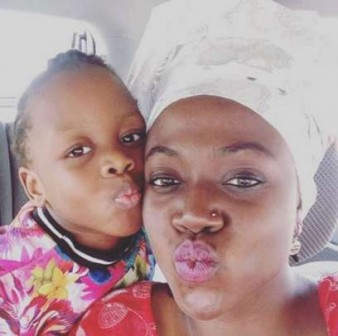 The early Monday morning death of talented Nigerian singer and songwriter, Olumuyiwa Osinuga, popularly known as ‘Nomoreloss’ has sent a shock wave across Nigeria’s music industry and beyond.

The seasoned music star was confirmed dead after battling an undisclosed ailment said to have started early this year.

A short message from one of his brothers, Ademola Osinuga, on behalf of the family reads: “This is to officially announce the passing away of our son, brother, friend Adeyemi Olumuyiwa Osinuga a.k.a. Mr. Nomoreloss, who passed away this day 21 March 2016. Announcer: Ademola Osinuga for the family.”

Strangely, as he faced the health challenge, the music star kept it away from many in the industry.

“Someone who led the campaign for OJB’s recovery had no one to inform the public till he battled sickness for 3 months and died!” a shocked fan stated on Twitter.

In 2013, Nomoreloss personally led the campaign to create awareness and help raise fund for the treatment of music producer, OJB when he had a kidney ailment. His role as the coordinator of that ‘Save OJB Campaign’ was applauded by many.

Since the sad news broke, the social media space has been awash with shocks, tributes, encomium and condolences from industry figures and colleagues.

In a Twitter message, global music channel, MTV Base expressed its condolences to the family, friends and supporters of the deceased singer.

Ade Bantu, the brain behind the popular monthly Afropolitan Vibes, at which Nomoreloss had his last major public performance in August 2015, described the departed as such a loyal and selfless friend.

“One of the few real people in an industry full of fakers. You always came through whenever I needed your advice or help. So full of life, always up to some mischief, always cracking jokes, always going out of your way to make everyone happy and when you grabbed the mic your voice lit up the room. Nomoreloss my brother I refuse to believe that you are gone. This can’t be real,” Ade Bantu said.

AuduMaikori, lawyer and entrepreneur expressed shock over the news of Nomoreloss’s death. The Chocolate City Group president tweeted: ‏”I just heard about the death of my dear friend @mr_nomoreloss. I can’t even express my shock. He was such a blessing to us all #RIP”

“Nomoreloss: We lost one of Nigeria’s most talented entertainers. One of the finest to ever grab the mic. May God comfort his friends and fam,” — Ayeni Adékúnlé, Black House Media Group boss tweeted.

Sesan Adeniji, publisher of MyStreetz magazine was very emotional in his tribute. “This image of yours is all about who you really are. You have always made us smile. This is how you have made us feel in the Nigerian Music industry for the last decade. This is how you will remain in my head,” the music journalist stated.

Popular blogger, J. J. Omojuwa, tweeted “@mr_nomoreloss Rest In Peace brother. We never met but you were always kind with your words and more than anything else, you were a good man.”

In his own tribute, pop star, Paul Play Dairo wrote on his Facebook timeline: “My very good friend, always calling me up to know how I’m faring, which songs to work on and how to improve my game. I wish I was there for you as you were for me. I knew you loved the Lord. He will receive you with gladness and say welcome my son, in whom I’m well pleased. Come into my kingdom and reign with me forever. Farewell my true friend.”

Dare Fasasi, popularly known as Baba Dee, wrote: “Hey soldier, words fails me today because two days ago I cast you as a character in my new film. You were one of my selfless men in this selfish industry. You did your best and you made your mark. We shall all go someday but Muyiwa this is to me a great shock. Rest in peace my padi. Mourn you till we join you. RIP.”

“In an industry full of fake, pretentious and loud imposters, you where REAL. I remember my first contact with you 2001 when I wanted you to appear in a recording of Yello TV I was producing for MTN. You were humble, sincere and a joy to work with. You never changed. Always respectful. Never a bad word. Simply you were an Aburo I liked so much. This is really painful news. My heart bleeds. Rest in peace Muyiwa. May your friends, fans and family be heartened that you have left this world for a better place,” Ogunpitan wrote.

Rap star, Ruggedman, who featured Nomoreloss on the hook of his popular diss song, ‘Ehen Pt 1’, is not impressed by some who are pouring encomium on the deceased.

He wrote: “Those who never called to ask how you are doing will appear. God knows and sees all. Those who demanded for money before playing your music or showing your videos will now play it because after your death, it is now good material for their shows. God sees all. Great talented, funny and creative you. So I will not call you “Amonalis” to ur hearing and I will never hear you call me “reptile” in this life time. I appreciate every contribution you made to my career. God bless you bro, till we meet again…..who knows, we might finally get to do Ehen part 2. God rest your soul.”

Another Rap star, Naeto C also tweeted, “RIP Nomoreloss, May the Good Lord guide and support his family through this tough time…”

DStv Nigeria in her condolence writes: “According to reports, Nigerian entertainer Nomoreloss has passed. RIP & condolences to his friends & family”

Popular stand-up comedian Basketmouth goes way back on his Instagram page; “It was 16 years ago I met you for the first time in my life. Full of energy, humour, music, kindness and life. Today…that life is gone. But one thing that will never go or die is the memory of you, your legacy and what you represented. I learnt a lot from you bro. Things that shaped me. May your soul rest in perfect peace. I know you are in a better place. I love you bro @nomoreloss.”

Soul singer Waje Iruobe wrote “Please pray for Phoenix that God gives her the strength to hang on. RIP NOMORELOSS. This is sad.”

Toeing Waje’s path was Chindinma Ekile who also sent her heartfelt condolence. “Oh Phoenix, may the Lord uphold you and keep you strong…RIP Nomoreloss,” she tweeted.

Born in Lagos in the 70s, Nomoreloss attended A.D.R.A.O. International School in Victoria Island for his primary and secondary education.

His growing up in the high-brow areas of Lagos, Nigeria played a great part in his appreciation of classical music as well as music of international flavour. Nomoreloss was also privileged to study the rudiments of music from one of Nigeria’s greatest instrumentalists and jazz saxophonists Kunle Ajayi.

He started out as a rapper while in high school and later on switched to master of ceremony at various events.

Also an accomplished stand-up comedian, MC, musical video director as well as a television host, he directed musical videos for artistes like Lexy Doo, Jagunlabi, Jah Borne, Cimion, Folake Umosen and was project coordinator and producer for the video CD for the controversial rapper Ruggedman’s Thy Kingdom Come album.

Nomoreloss has contributed immensely to the growth of the Nigeria’s contemporary music industry. With a fusion of R&B, Pop, Reggae and Jazz, with an underlying tone of West African Highlife, Nomoreloss create a style that is unique in its appeal but most certainly soulful in its delivery which he labeled ‘New Highlife’.

Some of his popular songs include Iyawo Asiko, Ololufe, Ojuri and So Sorry.

During his stint, many of his colleagues acknowledged him as one of the most gifted entertainers of his generation.

Many would also not forget quickly his contribution to the grooming of many young talents, a strength seen by the producers of the hit talent hunt show, MTN Project Fame, who engaged him as one of the experienced Nigerian artistes who helped shape most of the show’s alumni.

At a point, he also started a weekly ‘Nomoreloss Live’ event where several upcoming artistes and comedians connected to a lively audience.

In 2012, Nomoreloss wrote the hit track ‘This Year,’ for singer Jaywon. The song, largely regarded as Evergreen, turned out to be the biggest song in Jaywon’s career.

He is survived by his Silverbird Rhythm FM On-Air Personality wife, Adeola ‘Phoenix’ Osinuga and their five-year old daughter, Mo.