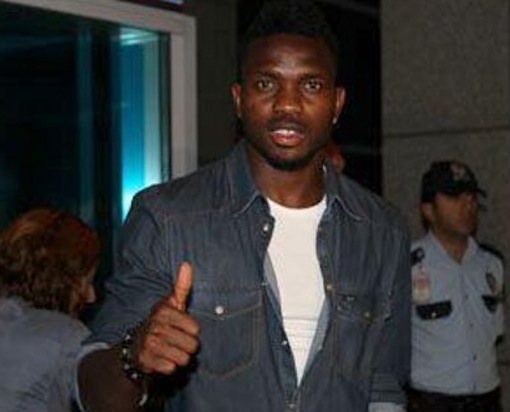 Former captain of Nigeria’s Super Eagles, Joseph Yobo, has charged the team not to be afraid of the antics of their Egyptian opponents in Tuesday’s Africa Cup of Nations qualifying match in Alexandria, Cairo.

Nigeria face the Pharaohs in a make or mar encounter having failed to win the first leg of the double header qualifiers in Kaduna on Friday. The game ended 1-1 draw with the Eagles facing a Herculean task of winning the return leg which the Egyptians also need to consolidate their Group G top position.

Yobo charged the Eagles not to be wary of meeting the Egyptians at home, adding that, in football it is not over until it is over.

“I think with the situation on ground now, our team must not panick that they are meeting Egypt at home. They should raise their game. This is football anything can still happen. Nobody can take it away that we could have beaten Egypt at home.

“This is not the time to give up, not until the last whistle on Tuesday. Thank goodness, we have good players and our technical crew are also equal to the task. I want to tell the boys that they can do it,” Yobo said.

For ex-Eagles’ handler, Austin Eguavoen, playing attacking football is the only weapon Nigeria can use to defeat Egypt in Tuesday’s match in Borg El Arab, Alexandria.

While admitting that the game will be tough, Eguavoen told Eagles that they are capable of inspiring a solid performance to stun Egypt.

Meanwhile, Chairman of the technical committee of Nigeria Football Federation (NFF), has downplayed the withdrawal of Chad from the AFCON qualifying series as being dangerous for Eagles’ chances to qualify from the group.

The withdrawal of Chad further reduces the chances of the Eagles to qualify as Nigeria now win their remaining two matches. Green said that the Eagles and their coaches are determined and will put their heart in it to ensure qualification is certain.