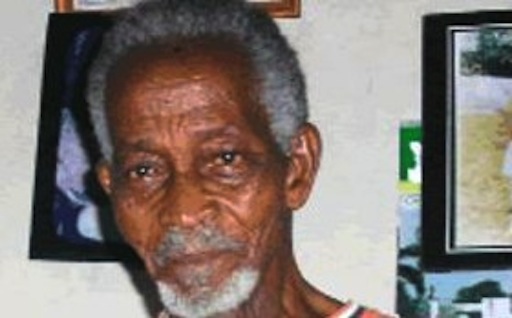 Chukwuemeka Ibiam, 61, first son of the deceased Nigeria’s first goalkeeper, Sam Ibiam, says it is regrettable that no official of the ministry of Youth and Sports attended his late father’s funeral.

“Officials of Nigeria’s Sports Ministry and the Nigerian Football Federation (NFF) were absent during the burial of the national team’s very first goalkeeper, late Sam Ibiam, on Saturday.

“The poor treatment meted to ex-footballers who sacrificed much for Nigeria has made the `present-day’ players not be committed while playing for the country,” he said.

Ibiam told NAN on Monday in Unwana, Afikpo North Local Government Area of Ebonyi that such treatment was one of the factors for the Super Eagles current poor form.

“My father and his contemporaries laid the foundation for whatever achievement that is being recorded by the country’s national teams and therefore, deserved a hero’s treatment.

“Emmanuel Okala and other ex-internationals promised to attend the burial but some, however, called me to excuse their inability to attend due to the persisting petrol scarcity and other problems,” he said.

Ibiam, a former footballer, thanked Governor Dave Umahi of Ebonyi for sending a representative to the burial and called on the state government to immortalise his late father.

“I contacted the sports ministry and the NFF over his death and we are still expecting the pledges of assistance they made towards the burial,” he said.

The former Abakaliki White Angels Star, described his father as a strict disciplinarian and God-fearing man, adding that the family would sustain the legacies he left behind.

Meanwhile, Governor Umahi’s representative, the Ebonyi Commissioner for Youths and Sports, Mr Charles Akpuenika, described the late Ibiam as a worthy son of Ebonyi and promised to immortalise him.

“We are seriously considering naming the Abakaliki Township Stadium after him, as is the case with some of his contemporaries in the various states of the country.

“He epitomised the Ebonyi spirit of selflessness and sacrifice as he and his contemporaries played football for its passion and not for monetary gratifications,” he said.

In the same vein, His Royal Highness, Alo Ibiam, the Regent of Unwana Community, described Ibiam as the father of the community who would not be forgotten in its annals.

“He was a shining example to the people and projected the image of the community positively both locally and internationally,” she said.

The officiating Minister at his funeral service, Mr Chiedo Opara of the Redeemed Christian Church of God, Umuahia, urged Christians to prepare for eternity as death was inevitable.

Prominent sports and social stakeholders in the state took turns to eulogise the sports hero and called on his family to sustain his legacies.

Others are Kanu Okoronkwo, Mesembe Otu, Peter Anieke, Sokari Dokubo, Hope Lawson, Ben Edet and Edwin Anosike among others. The team was handled by John Finch.