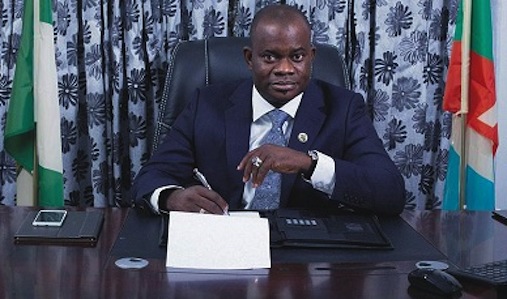 Former political office holders in Kogi state, who made away with vehicles belonging to the state government, have been advised to return them or face the wrath of the law.

A statement issued by the state government warned that officials who refuse to heed to the warning will be made to face the wrath of the law. “The refusal of the former political office holders ‎involved in this act to return the vehicles despite several appeals made to them has led to the constitution of the Vehicles Recovery Committee by the State Governor, Alhaji Yahaya Adoza Bello,” the statement said.

It would be recalled that the political office holders that served under the immediate past administration of Former Governor Idris Wada had catered away several vehicles from the government’s fleet a day before the inauguration of the present administration on the 27th, January, 2016. The Committee, which was inaugurated yesterday, April 11th, was mandated to go after the vehicles and recover same in order to accelerate the smooth running of the current government and its programmes.

The committee comprises of a representative of the Kogi State Ministry of Justice, security agencies and Transportation Officers in the Government House and the Head of Service.

Chairman ‎of the Committee, Honourable Adaidu Akoh, who is also the Special Adviser to the Governor on Special Duties, while speaking to journalists in Lokoja said the committee has so far recover seven vehicles from the former appointees.

He urged others to thread the path of honour by willingly returning the vehicles in their possession to the committee to avoid embarrassment from the security agencies. He also commended the members of the committee for working around the clock to ensure the completion of the assignment with in the stipulated time.

The Committee were given two weeks to conclude the assignment.