Buhari to probe $16b power investment by Obj, Jonathan 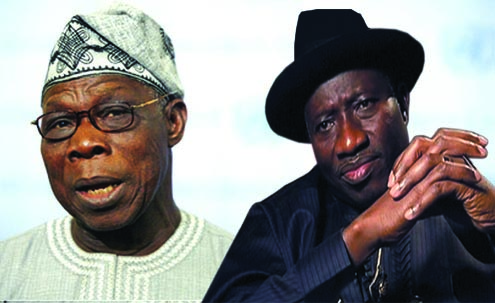 President Muhammadu Buhari has vowed to investigate the $16 billion spent by the Olusegun Obasanjo and the Goodluck Jonathan administrations in the power over the years.

Despite the huge investment in the sector by the previous administrations, Nigerians are still grappling with poor power supply and most companies have closed down or relocated to other countries, due to non availability of electricity for production.

President Buhari made this known in an interview in Katsina monitored on radio and television.

While reiterating his administration’s desire to improve power supply in the country, President Buhari disclosed that he would look into the investment in the sector by previous administrations.

“It is a must for us to look into the investment in the power sector because nothing will work without adequate power supply in the country. The problem of the power sector is like that of the petroleum industry. We will look at how they spent the money because there is no power and nothing to show for the $16b investment by the previous administrations,” he said.

He assured Nigerians that he would do his best to turn around the fortunes of the country through the effective utilisation of available resources.

On the 2016 budget, the president said he would do his best to implement it.

“We will do our best to fix the country. When the Minister of Budget and National Planning, Udoma Udo Udoma, asked me to sign the budget weeks ago and there were issues, I told him I won’t. But when he insisted, I told him if I assented to it and anything happened, he would be held responsible. He accepted and left. But when he had a second thought, he ran back to me and agreed with me that we shouldn’t sign it. It was at that point I heard of padding. The committees of the National Assembly removed our projects and replaced it with theirs.

“That’s was why we had three weeks to look at it. When he returned to me again, Udoma told me that most of the projects they (National Assembly) included had been removed but that we can go with the remaining ones since I must approve money before funds would be released for the execution of projects, “ he said.

On the recovery of stolen funds, he said all the stolen funds would be recovered and the perpetrators would not be spared.
He said adequate attention would be given to the agricultural sector in a renewed effort to diversify the country’s economy.
“We will work hard to restore the glory of the agricultural sector to ensure food security in the country.”

On the activities of the Niger Delta militants, he said they would be dealt with at the appropriate time. Quoting a slogan familiar with former Head of State, retired General Yakubu Gowon after the civil war, Buhari said, “To keep Nigeria one is a task that must be won.”