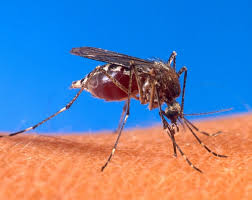 Anopheles mosquito: vector of the parasite causing malaria in humans

The Kogi Government says it is intensifying efforts to eradicate the scourge of malaria in the state.

The State Director, Malaria Elimination Programme, Ministry of Health, Dr. Hussein Akor, said this in an interview with the News Agency of Nigeria (NAN) on Friday.

Akor said the state government has continued to distribute treated mosquito nets to residents to reduce the disease.

He added that drugs worth thousands of Naira have also been made available for the treatment of people infected with malaria.

The director said that the state government would continue to give critical attention to the effect of the malaria disease in the state.

He maintained that government would not rest on its oars until the disease was completely eradicated.

Akor called on residents to keep their environment clean, noting that drainages should be opened to avoid stagnant water which breeds mosquitoes within the localities.

He explained that malaria was prevalent in the state because of people’s failure to keep their environment clean to ward off mosquitoes.

He said: “Many people don’t know the damage malaria can cause to the human system and as such do not take prescribed drugs to combat it which is quite wrong.’’

According to him, frequent blood test will ensure that people get to know the degree of their infection and the right drugs to ensure the effectiveness of drugs taken.

The director also urged people to cooperate with the government in its efforts to eradicate malaria, adding that people should appreciate the resources government is investing in eliminating the disease in the state.