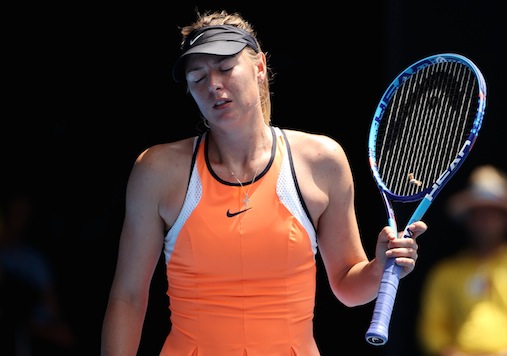 Maria Sharapova was on Wednesday banned for two years after failing a drugs test but insisted she will appeal a decision which could effectively end her career.

A statement on the Internationl Tennis Federation (ITF) website said “an Independent Tribunal” had “found that Maria Sharapova committed an Anti-Doping Rule Violation” and consequently had “disqualified the affected results and imposed a period of ineligibility of two years, commencing on 26 January 2016”.

Sharapova blasted the ban as “unfairly harsh” in a statement on her Facebook fan page.

“While the tribunal concluded correctly that I did not intentionally violate the anti-doping rules, I cannot accept an unfairly harsh two-year suspension,” fumed Sharapova.

“The tribunal, whose members were selected by the ITF, agreed that I did not do anything intentionally wrong, yet they seek to keep me from playing tennis for two years. I will immediately appeal the suspension portion of this ruling to CAS, the Court of Arbitration for Sport.”

Sharapova slammed the ITF for spending “tremendous amounts of time and resources trying to prove I intentionally violated the anti-doping rules” before adding that “the tribunal concluded I did not”.

The US-based Russian failed a test on January 26 and was charged with an anti-doping violation on March 2.

In a press conference a few days later, she admitted to taking meldonium but said she hadn’t realised it was on the banned substance list.

Meldonium was added to the WADA list on Janury 1. Sharapova said she’d been taking it for 10 years.

She has had her results from the Australian Open annulled and has forfeited her tournament prize money and ranking points.