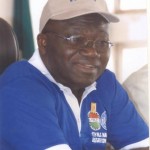 President Muhammadu Buhari has paid tribute to the pioneer Director-General of the National Institute for Policy and Strategic Studies (NIPSS), Kuru, retired Maj. Gen. Timothy Ogundeko, describing him as a pacesetter in strategic leadership training.

This is contained in a statement issued in Abuja on Tuesday by the president’s Special Adviser on Media and Publicity, Mr Femi Adesina.

President Buhari stated that the deceased would be long remembered for his towering role as an educationist and public administrator, who immensely contributed to the procedure and processes of training potential leaders in the security and socio-political environment of Nigeria.

He affirmed that with his tireless efforts and foresight, Ogundeko transformed the Nigerian Army Education Corps for the benefit of the Service and the nation.

“His legendary role in the establishment of Command Secondary Schools is well appreciated.”

According to the president, Ogundeko’s vision for a united and prosperous Nigeria would be honoured by all who mourned him, “particularly at this critical point when the nation is in need of selfless citizens to change Nigeria for the better.”

The President extended heartfelt condolences to Ogundeko’s family, as well as the government and people of Ogun.

He prayed that “God will grant the soul of the departed eternal rest and comfort his family, friends and admirers.”

His remains are to be laid to rest this weekend.