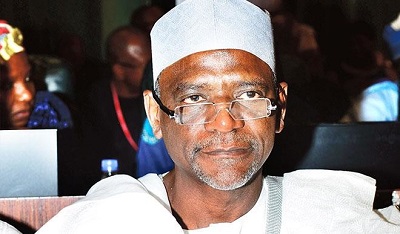 Mixed reactions have trailed the ban on Parent-Teacher Association’s (PTA) levies in the 104 unity colleges across the country by the Federal Government .

The Federal Government on Tuesday banned the collection of development levies by the PTA in such schools.

The Minister of Education, Malam Adamu Adamu, said in the statement that the ban, aimed at alleviating the sufferings of parents, was with immediate effect.

In his reaction to the development, Dr Gabriel Nnaji, the National President, National Parents and Teachers Association of Federal Government Colleges (NAPTAFEGC), told NAN that the association would accept the ban.

Nnaji said that banning the levy implied that the Federal Government had enough money to fund infrastructural projects in unity schools.

He said that the levies collected were used to assist the Ministry of Education to put infrastructures in the colleges since the association was more in touch with the schools.

“I will not quarrel with the ban. The levies are to build structures that are lacking in the schools ranging from hostels, dining halls, fence, classrooms and libraries, among others.

“If they have gotten enough money for schools development, so be it. The government should not bother parents anymore because parents are the ones contributing the money.”

The president also said that the PTA spent not less than one billion naira annually to pay the salaries of 5,000 teachers employed by the association in all the unity colleges.

Commenting on the increment in school fees, Nnaji said that there was no need for any increment whatsoever for now because of the economic challenges in the country.

He stated that the minimum wage was still N18, 000, adding that many states still owed their workers six to 10 months salary arrears.

Also reacting, Mr Ehis Ogbeide, the North-Central Coordinator of NAPTAFEGC, said that the government had no right to ban the levy because the association was not under its purview.

Ogbeide stated that PTA was a legal association established by parents to partner with school management and the ministry to see to the well-being of students.

“The minister cannot ban the levy because we are not under him; he should rather encourage the PTA to understand his decision.

“We are not fighting them; we are just saying they should be reasonable,’’ he said.

Mr Shittu Ahmed, who described himself as a concerned parent, however said the ban on such levies was a welcome development.

Shittu was of the opinion that the levy had become an opportunity for parents to be exploited under the banner of the association.

“We know that parents must contribute to the development of schools, to provide a conducive environment for the students.

“It is clear that the propensity of the people running the association is very much that of a ‘Shylock’ which should be discouraged.

“Just a little percent of these levies paid is used for the development of the schools,” he said.

He, however, said that if levies must be paid, it should be moderated, suggesting that it should be N2,000 per session, considering the economic challenges facing the country.