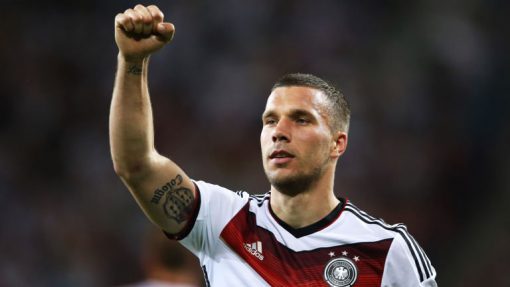 An appearance off the bench in the 3-0 win over Slovakia at Euro 2016 was Podolski’s final outing for Germany.

The ex-FC Koln, Bayern Munich and Arsenal player, now at Galatasaray, told German fans, “It was amazing, it was great, and it was an honour.”