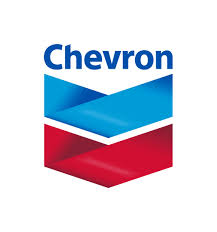 The leadership of the Benikrukru Community in Gbaramatu Kingdom, Warri South-West Local Government Area of Delta has insisted that Chevron Nigeria Ltd.(CNL) must halt its operation at Abiteye oil field.

This is contained in a press statement signed by the community Chairman and Secretary, Mr Victor Eseimieghan and Boan Ojogun respectively and made available to newsmen on Saturday in Warri.

The community leaders were reacting to the Friday publication in a national daily in which the oil company was asked to disregard the order to stop operation.

“Our attention has been drawn to a publication by the Chairman and Secretary of the Egbema Gbaramatu Communities Development Foundation (EGCDF), Mr Michael Johnny and Jude Ukori respectively.

“The publication calls on Chevron to disregard the ultimatum issued by Benikrukru Community because the body does not enjoy the support of the community and that security agents should be on alert.

“The leadership of the Benikrukru Community wish to insist and state that we stand by the ultimatum issued to CNL to shut down Abiteye field if the grievances of the community are not addressed,” they said.

The leaders said that Benikrukru community, just like every other community where Chevron has its operational base was not answerable to the EGCDF, adding the community’s demand was beyond the body.

Some of their demands included: compliance with local contents, dispute over land ownership, unresolved spill issues, employment and others.

They, however, warned Chevron against divide and rule strategy and attend to their demands speedily.

Efforts to get the reaction of Mr Deji Haastrup, Chevron’s General Manager, Policy, Government and Public Affairs, on his cell phone was unsuccessful.