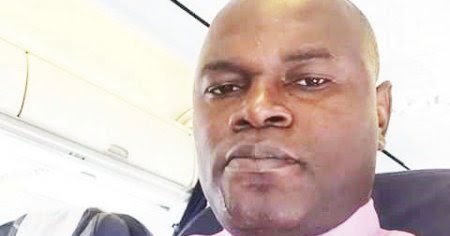 The human rights community in Rivers State was thrown into mourning on Monday with the news of the abduction and gruesome murder of human rights lawyer, Ken Atswete, last night in his house in Aluu in Port Harcourt.

Our correspondent learnt that Atswete was abducted in his Aluu home by unknown gunmen who left him in critical condition at Rumuocholu community.

Passersby who saw him critically injured and rolling in the mud took him to the University of Port Harcourt Teaching Hospital but was confirmed dead later.

When contacted, Comrade Anyankwe Nsirimovu, Director of Institute of Human Rights and Humanitarian Law (HRHL), Ken Atswete’s former boss said: “Ken was a critical voice silenced. It is a clear message to some us in the human rights community. He was a man who whenever he holds a view he puts it out there. It is sad.”

Atswete was the lawyer representing Ojukaiye Flag Amachree, a chieftain of the All Progressives Congress (APC) and former Chairman of Asari Toru Local Government whose bail application has been a subject of legal controversy.

He also handled controversial human rights cases regarded to be too hot to handle by other lawyers.

Klem Ofoukwu former News Editor in Nigeria Info FM and now a trainer of journalists with the British Council recalled how Ken represented him pro bono (without legal cost) when he was detained by the State Security Service in a case between him and the Rivers State Government over a story in 2006.

“Ken was a man who handled cases concerning the poor and downtrodden free of charge not minding who you are and where you come from,” he stated.

Blessing Olomu, Head of News, Nigeria Info, Cool FM and WAZOBIA in Port Harcourt, said some of the cases on human rights violations the stations handled were done free of charge by Atswete.

Rivers State Police Command is yet to react to his death.