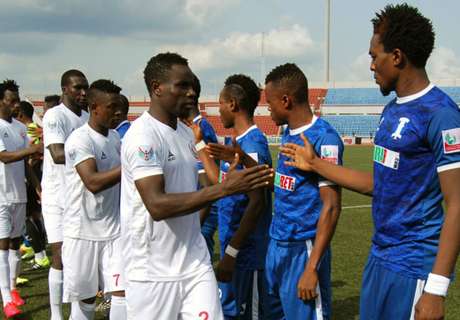 The match was tension-soaked as the visiting team fought till the last minute of the match but 3SC claimed the three points.

Ajani Ibrahim and Ifeagwu Ojukwu, scored 3SC’s goals in the 47th and 50th minutes of the match.

Ojukwu had got his goal from a penalty kick after Rangers FC Captain and defender, Chibuzor Madu brought down Najeem Olukokun in the 18-yard box.

However, the never tired Rangers FC was able to secure its lone goal through Chisom Egbuchulam in the 81st minute of the match.

Madu of Rangers FC and Moses James of 3SC were red-carded in the 48th and 67th minutes of the match respectively.

Coach Gbenga Ogunbote of 3SC described the win as a good one for the team, saying they were at a point they could not afford to lose points either home or away.

Ogunbote said it was a good game from two traditional teams that their rivalry had existed for long.

“We came to attack and they equally came to do same. Thank God we picked our chances in the second half of the game.

“After the two goals, the players went to sleep if not they would have scored up to four goals,” he said.

He said that the red card for James was unfortunate, saying he never saw what really transpired.

According to him, ”I did not see what transpired but will watch the tape to get it. If James has committed an avoidable blunder, he will be punished.”