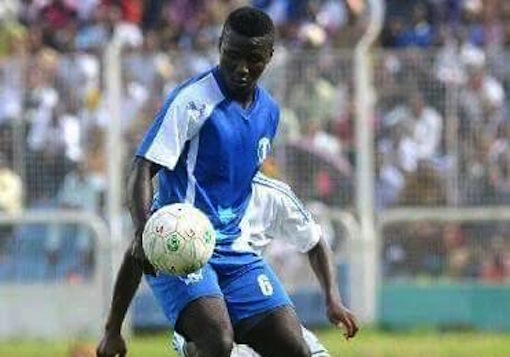 Coach Edith Agoye of Shooting Stars Sports Club (3SC) of Ibadan on Sunday said the club was optimistic its team would survive relegation from the 2016/2017 Nigeria Professional Football League (NPFL).

Agoye told newsmen in Ibadan that their 1-0 victory over visiting Akwa United Football Club of Uyo in a Match Day 37 fixture had helped to reinforce their optimism.

THe Oluyole Warriors secured victory through a penalty kick scored by Seun Akinyemi in the 81st minute of the game.

3SC were awarded the penalty kick after an Akwa United defender committed a foul in the penalty area.

In spite of the victory, 3SC will still have to secure the maximum points from their next and final game of the season against Niger Tornadoes to avoid relegation.

This was as a result of other Match Day 37 fixtures.

The Oluyole Warriors though remained 16th on the table with 50 points, sharing same points with Wiki Tourists in 17th position, while ABS FC are 18th with 47 points.

Agoye said while they were happy regarding the victory, they were however hopeful that the club would survive relegation from the NPFL.

“We are very happy with this victory, even though it was as a result of the fact that we were determined before the match to secure the three points at stake.

“We knew we will win if we are resolute, focused and determined to
get the three points,’’ he said.

The coach however pointed out that the club’s destiny was now in its hands, adding
that the club has to give its best in the last game to keep it in the NPFL.

He added that the players must give their best in the last game of the season to secure the maximum points to avoid the club being relegated.

Agoye observed that the team at the beginning of the season did not do well, but was able to pick up the threads as the season progressed.