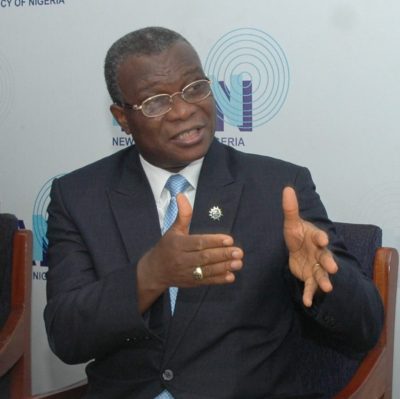 The West African Examinations Council (WAEC) says it will soon begin the conduct of its examination for private candidates twice in a year with effect from 2017.

The council Registrar, Dr Iyi Uwadiae, made this known on the sidelines of the council’s “Registrar’s Staff Appraisal Committee’’ meeting on Wednesday in Accra, Ghana.

“We have concluded arrangements to commence writing of our WASSCE for private candidates twice a year from 2017.

“This will take place in January/February and August/September every year in all the member countries.

“This development, however, does not affect that of the school candidates, popularly called May/June.

“That one remains once a year for all school candidates,’’ Uwadiae said.

He explained that administering the WASSCE for private candidates twice a year was part of the projections of the council in 2017.

According to him, as part of its mandate to render qualitative service to all member nations, the council is looking forward to a more rewarding 2017.

“That is the essence of this meeting, which brings all the Heads of National Offices (HNO) from member countries together.

“This meeting takes place once a year to discuss the appraisals of the international staff in member countries and recommend members of staff that are due for promotion.

“During the meeting too, there is also a follow up action on staff with negative appraisals after which recommendations from the committee are forwarded to the international committee for ratifications.

“All these are parts of what we do in order to make the activities of the council more relevant and beneficial to our people,’’ he said.

Uwadiae lauded the HNOs for their resilience, doggedness and dedication in the face of peculiar challenges in their respective countries and for ensuring a smooth conduct of the examinations.

Describing them as the council’s foot soldiers, the registrar thanked the HNOs for the support accorded him as the overall head of the regional examination body.

“As foot soldiers of the council, I must say that they have done well and deserve the commendation of the council as we look forward to a better 2017.

“They (HNOs) have been meeting the mandate of conducting and releasing results of the various examinations within the stipulated periods and coordinating activities in their respective national offices,’’ he said.

Uwadiae said that WAEC was also looking forward to conducting its examination in many other countries with English speaking students, studying with Nigeria curriculum as possible.

“We are open to any country in Africa which desire to have us set examination for students, who are being taught with English and uses Nigeria curriculum.

“As long as these countries have all requisites needed for the conduct of our examination on ground, we will be there to carry out our mandate.

“For instance, we are currently rendering such services to some French speaking countries like Togo, Benin Republic and Cote d’ Ivoire.

“These countries approached the council and we are doing that for their English speaking students who want our certificates,’’ he said.