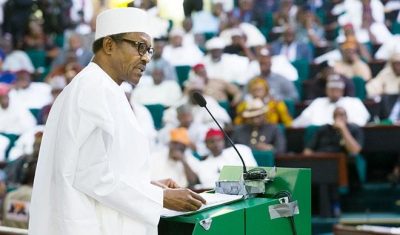 A don, Prof. Sarah Anyanwu, says the Federal Government’s N7.30 trillion budget proposal for 2017 is achievable with a lot of public works and investment in the infrastructure to boost the economy.

Anyanwu, the Head of Economics Department, University of Abuja, told the News Agency of Nigeria (NAN) in Abuja on Wednesday, that the budget would also be realistic with increased focus on the non-oil sector.

She said that the Federal Government needed to involve in a lot of manufacturing activities that would boost the economy to make the budget a reality.

“The key assumptions for the budget which are exchange rate of 305 Naira per dollar, inflation 15.74 and oil price 42.5 dollar per barrel may not march with the economic reality.

“I don’t know the kind of rocket science we are going to perform because as of now, dollar at the parallel market is almost N500, November inflation was 18.48 per cent.

“We need a lot of activities, public works, a lot of production activities to reduce prices of the commodity.

“We need the real sectors to produce and be functional. The country needs to increase its agriculture produces and make solid minerals to come on board fully.

“Again, payment of salaries is very important. If there is production and no money to buy, we will go back to square one.’’

The don, however, advised the Federal Government and National Assembly to learn from the controversies that surrounded the passage of the 2016 and ensure the full implementation of the 2017 budget.

She said there were lot of controversies between the Legislature and Executive that affected the passage and implementation of the 2016 budget.

“One wouldn’t blame poor implementation because of the late approval of the budget and other issues that came up.

“We have learnt from our lessons, there will not be going up and down, sending it back to the Presidency and all that in the 2017 budget.

“We hope for the best this year so by January, everything should be over in terms of approval.’’

The don, however, said that the late approval of 2016 budget also affected the implementation.

NAN reports that the 2016 ‘Budget of Change’ passed into Law in May, was the first full year budget of the Buhari’s administration.

It was prepared against the background of the general slowdown in global economic growth and the massive decline in crude oil prices.