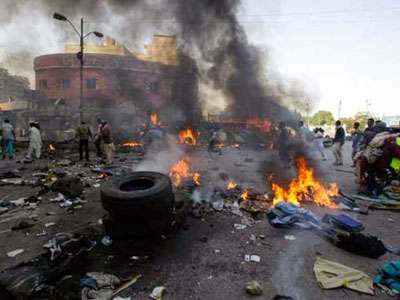 Scene of a suicide bombing

The source said two young men suspected to be members of Boko Haram killed themselves after detonating bombs attached to them at the entrance of market in Mora, a small town in Far North Region near the border with Nigeria.

The source said the attacks took place at around 8 a.m. and no other victim was reported.