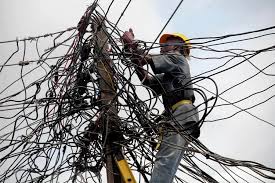 Two men, who allegedly beat up a Power Holding Company of Nigeria (PHCN) worker for disconnecting their power supply, on Friday appeared before an Ikeja Magistrates’ Court.

The accused – Joseph Olawole (60) and Ibrahim Adeyemo (42) – are both residents of Ogunsetan Close, Agege, Lagos.

Olawole, an engineer and Adeyemo, a photographer, however, pleaded not guilty before Magistrate A.A. Adesanya, who granted them bail in the sum of N100,000 each with two sureties in like sum.

According to the prosecutor, Insp. George Nwosu, the accused committed the offences on Dec.16 at their residence.