Costa says he wanted to leave Chelsea in summer 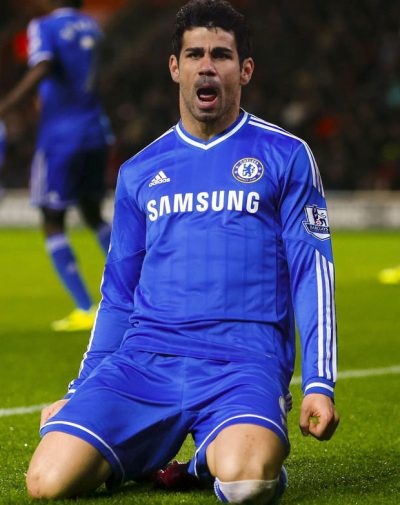 Costa had joined the Blues for £32 million (about N16 billion) in 2014, and was understood to be close to a return to former club Atletico Madrid after a difficult 2015-16 campaign.

The Spain international has since scored 14 Premier League goals, as Chelsea have now taken an eight-point lead courtesy of 13 successive victories.

“There was one thing I wanted to change for family reasons but it wasn’t to be, and I continue to be happy here.”

Costa scored 20 goals in his first season in England, as Chelsea won the Premier League title under Jose Mourinho.

But he had netted only four more by the time Mourinho was sacked in December 2015, finishing the season with 12 before being heavily linked with a move.

Brazil-born Costa says he has also made a conscious effort to curb his aggressive nature on the pitch.

“I knew I had to improve that aspect, because here in the Premier League there is no mercy,” he said.

“A lot of the time it seemed [referees] were against me. If they’re not going to change, I had to change.”

Chelsea will return to action against London rivals Tottenham on Wednesday.