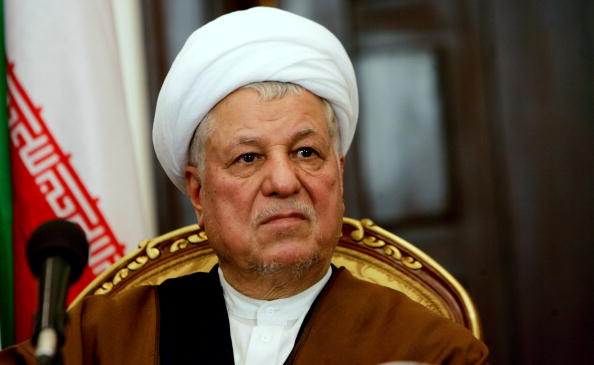 Rafsanjani had been admitted to hospital in the Iranian capital during the morning with cardiac arrhythmia.

The cleric was one of the architects of the Islamic Revolution that deposed the shah, Mohammad Reza Pahlavi, in 1979 and established a religious state.

Considered a moderate and mentor of current President Hassan Rowhani, Rafsanjani served as president between 1989 and 1997. He was also one of the richest men in the country.

Born in 1934 in Bahreman in the south-east of the country, the cleric worked his way up the political ladder to become chairman of the parliament, before achieving the presidency.

When he left the presidency he successfully campaigned for reformist Mohammad Khatami to replace him, setting him on a collision course with the hardline elements in government.

In 2005, he stood again for the presidency, but was defeated by the relatively unknown Mahmoud Ahmadinejad.

Following Ahmadinejad’s victory, he isolated himself increasingly from the arch-conservative clergy, actively campaigning against the hardliners, who branded him a dissident and banned him from leading Friday prayers in Tehran.

Rafsanjani did not retire and returned to the political stage in 2013 when his protege Rowhani won the presidential election and went on to seal a nuclear deal with the international community, leading to the lifting of sanctions, which had been so punishing for Iran.