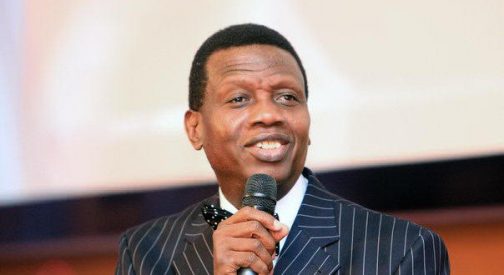 The Citizens Advocacy for Social and Economic Rights (CASER) has called on Pastor Enoch Adeboye to rescind his resignation as the General Overseer of the Redeemed Christian Church of God (RCCG).

The call came in a statement issued by the Executive Director of the Abuja-based human rights group, Mr Frank Tietie, on Tuesday.

Tietie said CASER would seek a court order to compel Adeboye to reverse his decision should the “holy man of God’’ refuse to voluntarily do so.

Adeboye stepped down as the General Overseer of the RCCG in Nigeria on Saturday on the basis of the controversial Corporate Governance Code of the Financial Reporting Council of Nigeria (FRCN).

The code, which stipulates a 20-year maximum tenure for heads of religious groups and civil rights organisations, among other provisions, was suspended by the Federal Government on Monday.

But for the suspension, the regulation could have also seen the exit of other affected men of God from the headship of their churches.

Tietie said: “CASER urges the highly revered Pastor Adeboye to change his mind and rescind his resignation as the General Overseer of RCCG.

“Where, therefore, the holy man of God refuses to review his decision to resign, CASER shall seek an order of the court to compel him to remain as the general overseer.”