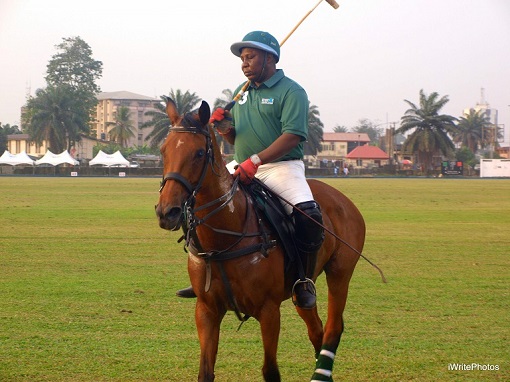 The Port Harcourt Polo Club kicked off its golden jubilee celebrations on 8 January and it will run through January 14, 2017.

Events marking the 50 years of the sport in the Garden City include inter-states polo games, evening musical live performances and pageantry.

The president of the club, Mr Ibiwari Pepple extolled the game during its opening and noted how the spectacular game was for gentlemen.

On Tuesday, matches between states continued with Kano State battling for a shot at the star prize.

Club member and patron of the Port Harcourt club, King Alfred Diete Spiff, the Amayanabo of Twon Brass attended the event and cheered the players.

Also in attendance was the state’s Comptroller General of Nigeria Immigration Service.

A beautiful stage has been set for the grand conclusion of the jubilee.

The conclusion, pageantry, was conceived to spur young people’s interest in the sport and give back to the society with a little competition to strengthen the mind, Franklin Peterside, a club member said.

This year’s event is supported by ntel Nigeria and a host of other community conscious companies.