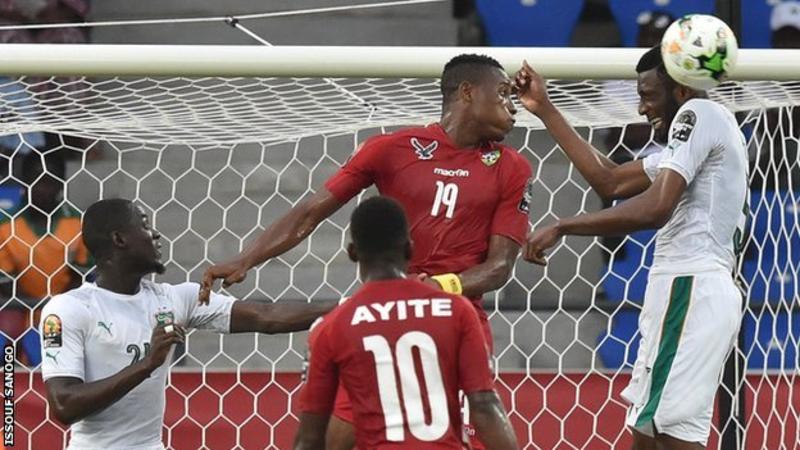 Togo and Ivory Coast players fight for the ball

Defending champions Ivory Coast and Togo drew 0-0 in their opening Group C match at the Africa Cup of Nations in Gabon.

At the other end, Sylvain Gbohouo rushed out of his goal to save smartly at the feet of Mathieu Dossevi.

Neither side found their fluency – not helped by a poor pitch – and even from early on the game had the look of a stalemate.

Wilfried Zaha, making his competitive debut for Ivory Coast after switching international allegiance from England, looked just about the liveliest player on show.

Switching wings regularly, he cut in off the right to send a shot just over and later ended a good run from the left with an effort that was well blocked.

Both sides were guilty of wasting set-piece opportunities. Togo’s corners left a lot to be desired, while Ivory Coast fared no better from a series of free-kicks.

Aurier should have snatched a winner for the Elephants but nodded wide from six yards.

Four of the five games at the tournament have now been drawn.