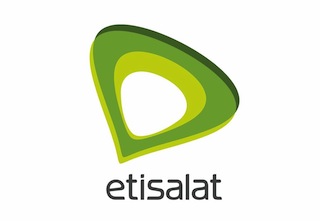 The fastest growing and innovative telecommunication company, Etisalat Nigeria, has announced the names of the three shortlisted authors for the 2016 edition of its pan-African flagship literary prize, the Etisalat Prize for Literature.

According to this year’s Chair of Judges, Helon Habila: “In addition to originality of voice and literary excellence, our purpose was to also select a work that portrays an African sensibility.”

The winner for the 2016 Etisalat Prize for Literature will be unveiled at the Grand Finale in Lagos, scheduled to take place in March 2017.

Commenting on the success of the 2016 Etisalat Prize for Literature, Chief Executive Officer, Etisalat Nigeria, Matthew Willsher, commended the judges for their diligence in selecting the top three books out of the tens of titles that were received following the call for entry.

He said, “This is by no means a simple task. The role of the judges is quite enormous and we want to thank them for the attention and dedication to the entire review process which birthed the top three finalists”.

Willsher reiterated Etisalat’s commitment to continuously having an impact on the lives of Nigerians and indeed Africans by offering them innovative products and services and more importantly a platform that enables them to express their passion and creativity.

“At Etisalat, we have found the nexus between innovation and creativity. This is why we give people the opportunity to express their individuality and ingenuity so they can be the best in whatever they choose to do”, he enthused.

He further added that Sarah Ladipo Manyika will be joining other renowned literary personalities as a patron of the prize.

The Etisalat Prize for Literature is the first pan-African Prize that celebrates debut African writers of published book-length fiction. It is open solely to debut fiction writers from African countries resident anywhere in the world. Now in its fourth year, it is acknowledged as the most prestigious literary prize for African fiction. The Etisalat Prize for Literature also incorporates an award for Flash Fiction, which is an online-based competition for non-published African writers of short stories.

The winner of the Prize receives £15,000, an engraved Montblanc Meisterstück pen, an Etisalat sponsored book tour to three African countries as well as an Etisalat-sponsored fellowship at the University of East Anglia, mentored by Professor Giles Foden, author of The Last King of Scotland.

In addition, all the shortlisted writers will also enjoy a sponsored multi-city book tour while Etisalat will also purchase 1,000 copies of their books for distribution to schools, libraries and book clubs across Africa with the objective of promoting the reading culture and the publishing industry at large.

The past winners of the Etisalat Prize for Literature include Fiston Mwanza Mujila from The Democratic Republic of Congo (Tram 83; 2015); South African novelist Songeziwe Mahlangu (Penumbra, 2014) and Zimbabwean writer NoViolet Bulawayo (We Need New Names, 2013).