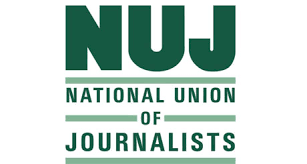 The Nigeria Union of Journalists (NUJ), says it plans to sue media organisations at the Industrial Arbitration Court for defaulting in the payment of their workers.

Mr Deji Elumoye, Chairman, Lagos council of the union, made this known in Lagos on Tuesday.

He said the organisations had been notified of the planned action and that they would be served court papers as soon as all the processes had been concluded.

Elumoye added that the step became inevitable as the media houses had not shown sincerity or commitment in their engagements with the union on peaceful resolution of the matter.

“Non-payment of salaries of journalists is a serious issue and we are not taking it lightly with the affected organisations.

“We have been picketing some defaulting media houses. While some have been responding well, others have not shown sincerity in our engagements with them.

“For God`s sake, why would you continue to owe journalists who traverse everywhere to get the stories that sustain your organisation?

“We understand that some are facing precarious financial situation. We are holding talks with them. But some have no excuses for not paying their workers; we are not going to spare them.
“In fact, we have almost concluded plans to take three defaulting media houses to the Industrial Arbitration Court over the issue. As soon as the court papers are ready, they will get them’’, he said.

Elumoye urged media houses to promptly pay the salaries in order to motivate the journalists to add more value to their organisations.

On the Media Salary Scale, Elumoye said the union was expecting action from the Federal Government on its implementation.

He explained that the union had several engagements with the past administration on the issue and that it received assurance that it would be implemented.

“We held several meetings with the last government on the issue and there was an agreement that an enhanced salary, the exact amount I will not disclose will be implemented.

“Even the current Minister of Information, Alhaji Lai Mohammed has acknowledged that an agreement was reached with the last government on salary raise.

“But the present administration has not been engaging us on the implementation. May be it is because of the recession or something. We hope they respond so that the lots of our members can be improved’’, he said.