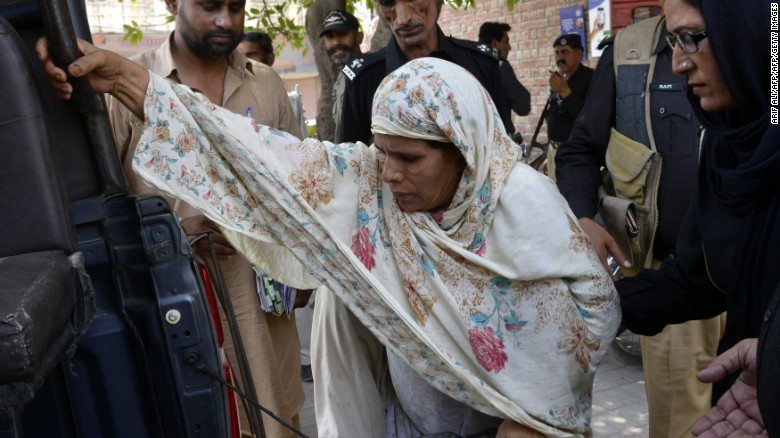 A woman in Pakistan has been sentenced to death for burning her daughter alive in a so-called “honor killing” incident.

Parveen Bibi told a court in Lahore, Punjab that she killed her daughter “for bringing shame to her family,” police spokeswoman Nabila Ghazanfar told CNN Tuesday.

Parveen’s son Ahmer Rafique was sentenced to life in prison for his role in the crime.

Zeenat Rafique, 18, was strangled and set alight by her mother and brother in June 2016 after she eloped against their wishes.

Rafique had been living with her new husband for a month before she visited her home in Lahore in the hopes of a reconciliation with her family.

But when Rafique arrived, her mother and brother tied her to a bed, poured gasoline and set her on fire, police said.
Parveen then turned herself over to the authorities but expressed no sorrow for actions.

Under new anti-“honor killing” laws that took effect in October, neither Parveen or her son will be eligible for pardon even if another family member forgives them for the crime.

Previously, murderers were able to walk free in many instances, creating what critics characterized as a culture of impunity. Now, a killer will face a minimum sentence of 25 years in jail.

The law’s passage came after a series of high-profile incidents, including the murder of social media star Qandeel Baloch by her brother, who later said he was “proud” of his actions.

According to the Human Rights Commission of Pakistan, almost 300 women were victims of such killings in the first half of 2016. In a 2015 report by the World Economic Forum, Pakistan ranked 144 out of 145 countries on gender disparity.