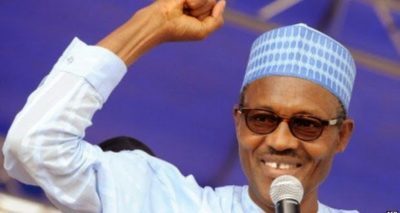 At least 100,000 youths from 46 associations converged at the palace of the Emir of Daura, Alhaji Umar Farouk, for a grand thanksgiving rally in celebration of President Muhammadu Buhari’s safe return of from medical vacation.

Alhaji Nura Baure, the Secretary, Daura Youth Coalition, an NGO, who addressed thousands of Buhari supporters in Daura on Saturday, restated their commitment to ensuring the president’s well-being.

He said a lot of fabricated information and misinformation on the health status of the president had prevailed in the country in recent times.

He said President Buhari is a mere mortal capable of taking ill or dying at the time appointed by his creator.

According to him, the youths are happy that the president is in high spirits.

He said all those wishing the president dead were enemies of Nigeria, whose actions and pronouncements indicated that they had motives that were beyond politics.

He said the Katsina state government would continue to support the initiatives of the present administration, especially the fight against corruption and efforts aimed at diversifying the economy through agriculture.

Alhaji Sani Alinem, the Chairman, All Progressives Congress (APC) in Daura, commended the youths for organising the rally, saying it is timely and very important.

He said the party would continue to support such moves with a view to promoting and projecting the good image of the President Buhari administration.

Earlier, in his remarks Sen. Mustapha Bukar (Katsina North/APC) commended those who helped organise the rally.

He added that the senate would soon pass the 2017 budget to enable government to execute development projects.

According to him, President Buhari is doing very well.

“We will not hesitate to do what we need to do to reposition this country,’’ he said.

He expressed appreciation to religious and traditional leaders for praying fervently for the well-being of the country.

He stressed the association’s continued support to enable the President to repositioning the country.